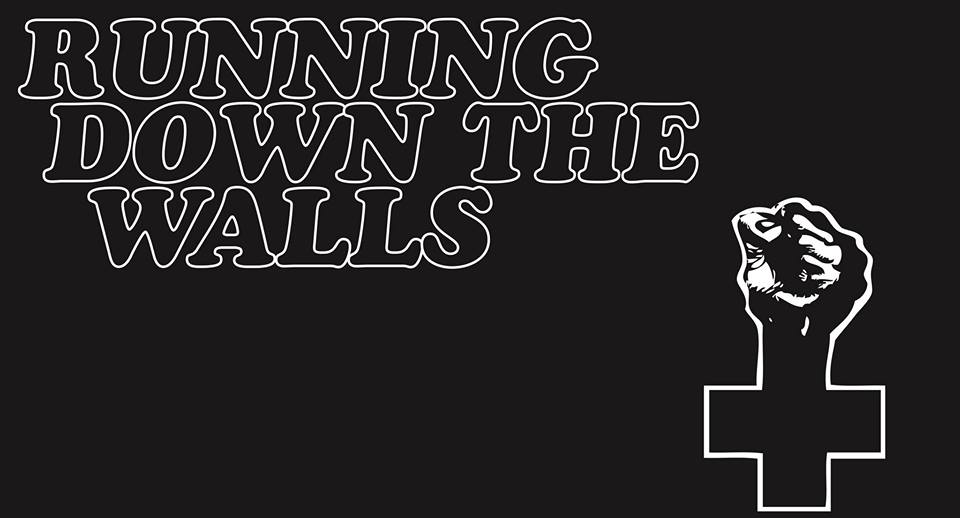 In one of my recent blogs, I wrote about disembodiment and how trauma had changed my relationship to not just my own body but the world around me. In this blog, I want to write about movement in a radical context.

Organising for social change can often be dominated by intellectual pursuit with its intense debates, written word and propaganda. Meanwhile our bodies, within capitalism, become subjects of consumerism, a unique market for all sorts of cosmetics and fitness programs, gyms, medical needs and more. Our deeply socialised Cartesian split between body and mind that is inherent in capitalism and whiteness fractures our relationships with ourselves and each other. And don’t get me started on gender! I feel like there are tons of things written about this so I want to focus on one: movement.

During the development of my costochondritis (the gnarly chronic inflammation in my rib cage), I got given a whole ton of different medical advice. The main narrative from conventional doctors and NHS consultants was to rest my body, take painkillers and don’t lift anything too heavy or irritate the cartilage in my ribs. For sure I needed rest desperately, but the lack of movement in those months of bed-bound bone-crushing pain has had real repercussions. It feels like the last year I have been trying to undo all the harm of not moving.

In overcoming disassociation and disembodiment, and trying to rehabilitate my body itself, I have been actively reflecting on the role of movement in our movements.

I just want to start this blog with a heartfelt call-out to all my chronically sick mates who for whatever reason can’t exercise or train or use their bodies like they used to, or maybe have never been able to use their bodies in the ways above. You are still whole and perfect and I adore you!

One of the most beautiful examples of integrating movement and body awareness with broader systemic transformation is the crew from Generative Somatics. I’m never going to do them justice in a paragraph, so please check out their resources to learn more [1].  They describe generative somatics as “a transformative change theory and praxis using Somatic Awareness, Somatic Opening and Somatic Practices inside of a social analysis to forward individual, community and systemic transformation. Generative somatics has integrated an overt political analysis, and a trauma and healing lens to continue to evolve the work and its reach.”

Somatic Awareness involves learning to listen to and live inside of our sensations and aliveness (feelings, movement, body, etc.). But it’s so much more than this.

If there is one thing that has helped me recover, it is yoga (most explicitly yoga asanas – the physical movements). Yet the power relationships around yoga are complex and screwed up, and as I’ve been learning some of the asanas, I’ve also been trying to learn its history and current dynamics. It’s clear that yoga has become a commodity. We are sold that yoga means whiteness, thinness, and a higher economic status. Spiritual practices going back thousands of years are being repackaged in our capitalist system. Many practitioners don’t even attempt to self-educate about the dynamics between spirituality, race, class, caste and colonialism. We are often just sold yoga as being a bunch of stretches.

Maisha Z. Johnson and nisha ahuja write about the violent history of how yoga has been exploited for the West:

“The British used violence, rape, and murder to take control of the South Asian sub-continent – and they approached yoga with violence, too. They forced people to convert to Christianity, and outlawed the healing and spiritual practices seen as “primitive” traditions, like yoga.” [2]

There are very few critical conversations around cultural appropriation or issues highlighted that include a disregard for sacred objects, mispronouncing languages and not having the faintest clue of any historical yogis. Not to mention racism and exotification of other cultures.

Likewise, folks are flagging up the inaccessibility of this commercial yoga – including working-class communities, people of colour, folks with disabilities or chronic health issues, trans and non-binary folks, and those that are larger than the thin, Western stereotype. All may feel, and be actively excluded from, yoga asana classes and wider communities because of very real structural barriers.

For me, being an anarchist means committing to vigilance – constantly reflecting and trying to observe power relations and my role in them, as well as structural forces such as racism, classism, sexism and so forth. Yoga should be no different. Especially for those of us from the England, Wales, Scotland and Ireland who barely ever talk about our brutal colonial past and neocolonial present.
Susanna Barkataki writes how:

“Yoga is not now, nor has it ever been, a practice aimed at physical mastery for its own sake. Nor is it a practice aimed at “stress-reduction” so we can function as better producers and consumers in a capitalist society…
By remaining unaware of the history, roots, complexity and challenges of the heritage from which yoga springs and the challenges it has faced under Western culture, they perpetuate a re-colonisation of it by stripping its essence away.” [3]

Many practitioners are also highlighting the imagery in common yoga magazines, sharing that mainstream yoga publications and media reproduce hetero(sexualised) images of women that reduce them to sexual objects. Kerri Kauer writes how “The exclusion of queer or trans bodies sends a subtle but powerful message: you do not fit into or are invited or welcome into this culture. And, it sends a message to consumers that yoga is a viable “workout” to obtain the idealised body, which often perpetuates self-objectification and internalised oppression.” [4]

Most South-Asian writers talking about decolonising yoga, do not say don’t practice, but they do ask for respect, for an honouring of context, a commitment to learning about all of the above issues and putting that learning into practice in terms of how yoga is spoken about or how yoga classes are organised etc. 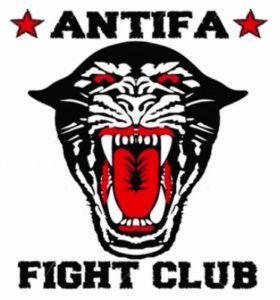 Another aspect of movement in our movements that has always had a presence is fighting and self-defence. This couldn’t be more relevant right now with the re-empowerment of the far right. For many folks, mainstream gyms can feel intimidating, have a macho and competitive atmosphere and also only allow able-bodied folk to participate.

Anarchists, anti-fascists, and others have also taken responsibility for self-organising training. In Bristol, there is a weekly informal session where folks do pad work, scenario-based training, and some fitness exercises. It is a non-macho, supportive atmosphere. Likewise in London, there is the Solstar Sports Association in North London and Queer Muay Thai in South London. These options are both donation-based which is important for making them more open to folks. Many are also in squatted spaces or social centres, serving another function of radically reclaiming spaces for struggle.

Writing on Freedom News, a participant in an anti-fascist training weekend said: “Our gyms and training must not be radical only in name, but also in approach — we must look after each other and create supportive, inclusive, self-aware environments.” [5]

If you’ve been to mainstream MMA gyms or kickboxing clubs, you can really feel the difference between these spaces. It can be very useful, however, to have folks that have interacted with different gyms and fighting styles just so that knowledge can then be shared.  I hope in coming years that more and more of these spaces open up.

We have to defend ourselves and our communities from racist and fascist attacks, anti-semitic, transphobic, misogynist and patriarchal violence. It’s not just in the streets but can be in our homes and relationships. Of course it’s also not just physical but emotional and psychological abuse that so many of us experience.

I wholeheartedly agree with critiques of martial arts in relationship to allegedly stopping intimate partner violence.  Learning self-defence alone is never going to prevent intimate violence or end rape culture, but it is one part of the parcel. In a podcast about the Haymaker Gym in Chicago, the interviewee shares how they know that training alone cannot end intimate partner violence, but it can build confidence and relationships, and I think this is a really important point [6].

When I was training, I didn’t realise the repercussions it would have for my confidence in defending myself and my boundaries in multiple respects. It was in prison that I became a gym bunny, and I really believe that exercising and lifting weights in there was not just about strengthening my body but developing my psychological strength to cope with life in jail.

“Physical training is a crucial and often neglected component of anarchist practice. We believe that fostering material resistance starts with the most intimate of material forces – our bodies. We grow our potential as we learn what our bodies are capable of doing together. Revolutionary movements around the world have made use of the solidarity and strength that physical training fosters, but there are few, if any, political gyms across the so-called United States.”
– Haymaker Gym in Chicago 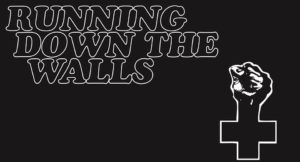 I feel like sports get a bad rap in anarchist scenes. On one camp, you get those saying football, for example, is “opiates for the masses” (which I think is offensive in multiple ways) or that sport fosters competition which is essential for capitalism/patriarchy etc. In other camps, you see how sports are part of people’s identities and ultimately how they move their bodies and stay fit. As capitalism does its best to force us all into offices and workplaces, I think we have to critically embrace sport and movement as much as we can.

A good article in the Occupied Times explores the politics of sport in more depth:

“As sport becomes more and more commercialised, increasingly expensive, consistently reinforcing gender norms, and unashamedly involved in the destruction of working-class homes and neighbourhoods (as World Cup, Olympics and Commonwealth Games ‘preparations’ have shown), people are organising their own radical and liberatory sports practices.” [7]

Anti-fascist football teams have been a long tradition, like the Clapton Ultras. There are also groups like the Earth First! Climbers Guild, who meet up to share skills and build relationships that can be used in ecological defence campaigns. Many people also have running collectives and groups. My favourite sport-related fundraiser is Running Down the Walls in the US that is an annual race fundraising for New York Anarchist Black Cross.

Sports are also useful for generally supporting an atmosphere of sobriety and more awareness of nutrition, which I feel are incredibly important for staying fit for struggle.

Finally, we cannot forget the revolutionary role of dance. I’m never in a million years going to do it justice in a small blog so wanted to say hell yeah dance has been an integral heartbeat to revolutionary movements, for like, forever! 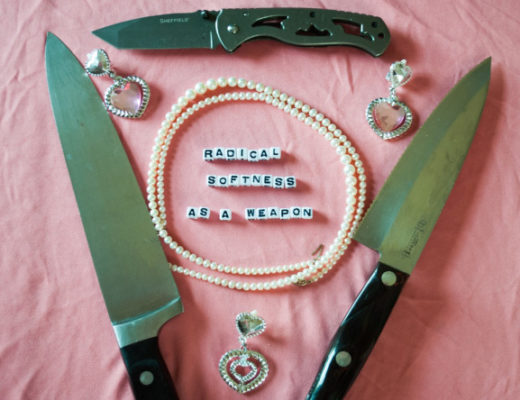 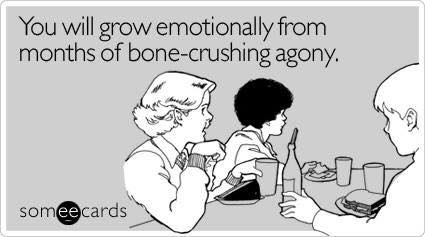 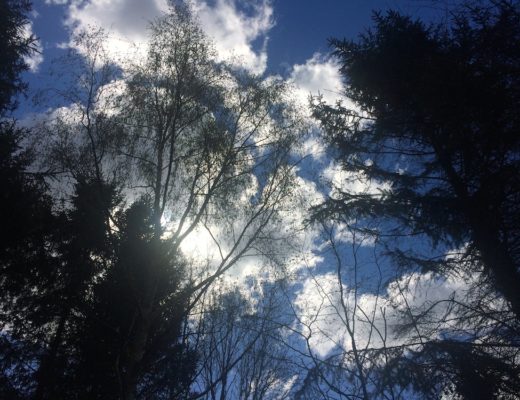