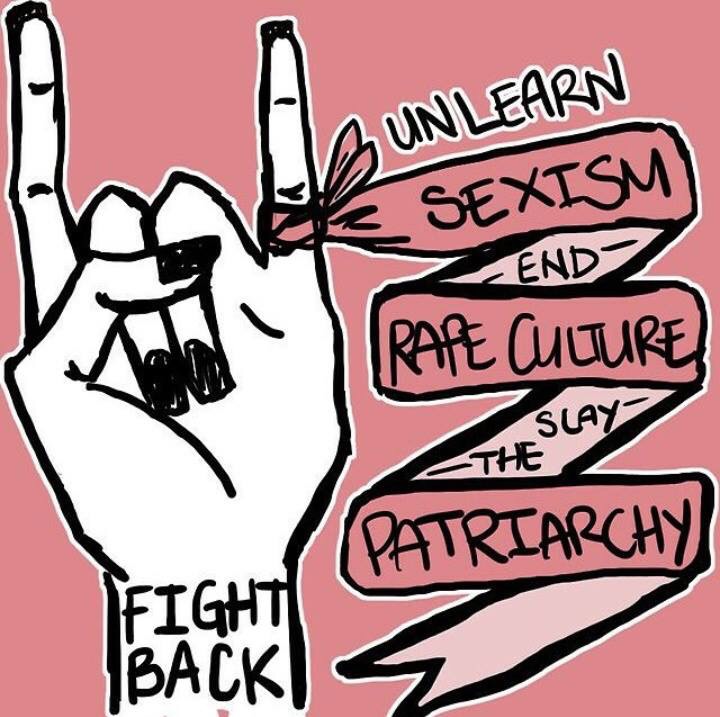 In my last few blogs I’ve tried to explore burnout from different perspectives with the lens of my own experience and reflections. The feedback has been moving and at times overwhelming, with tens of people emailing saying they had been feeling similar things, or observed similar patterns in themselves, their groups and movements. There has also been a very individualised response, that burnout is the necessary consequence of not looking after myself properly, and that after this I will finally take care of myself. The sense of guilt and shame has weighed heavy – is it my fault that I’ve developed these unbearable chest pains for the last three months? If I had only done X, Y, Z I wouldn’t be feeling like this. 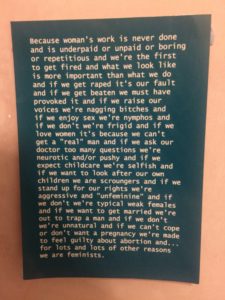 I’ve just started sessions with an acupuncturist who said actually I’m in very good health and could have faced even more dramatic health consequences had I not been so pro-active in my self care e.g. that I’m vegan, addicted to vegetables, use herbs as tonics, exercise, rarely drink or use drugs and so forth. I thought to myself, wow, maybe I have been looking after myself better than I had realised. I perceive myself as a bit of a workaholic, yet scrolling through my phone are lots of pictures of ‘downtime’ and precious hangouts and mini holidays with mates, or medicine making sessions.

So which one is it? And how much does personal responsibility weigh in on our likelihood to burn out? What role do groups and the wider system play? I’ve already touched on this slightly, but for now I want to focus on gender and all the gendered reasons why engaging in social struggles burn me out as a (white) cis working class woman. Hell knows how people feel when all the other forms of oppression come into play.

Unable to sleep this morning, I wrote a list of all the things that tire me out, exhaust me and wipe me of energy when organising in ‘radical’ movements, and which ones are gendered. Please note this is the accumulation of years and years of working with cis-men and isn’t targeted at any one particular group. I have some amazing male comrades, you know who you are! Likewise, reference to women and men is not meant in a biologically reductionist way. When I say women I am generally relating this to women (trans women are women!) and femmes. Ok here we go:

The impact of lunching out

In my exploration of burnout, in my depths of self-doubt and shame, I’ve tried to see patterns, not to shirk responsibility but to see what needs to change so that I can interact with and experience political struggles in a more liberating way.

Another driver of burnout I’ve witnessed is repeated patterns of people ‘lunching out’ and the effect on those holding the fort. Lunching out is a catch all phrase for folks that don’t follow through on what they said they would do, but not communicated their inability to do it. Therefore causing unpredicted increases of workload and strain on other people.

In Gaia University, one of the first modules is managing time and promises. This involves developing systems to be accountable for our actions, managing our lives better and most importantly, better communicating and negotiating our promises.

No one can fulfil all their promises, so it is important to communicate with honesty and negotiate them. If you can’t do something, you tell people. Being ill, I’ve had to regularly email my associates and apprentices saying I don’t have the energy to Skype, or that my review of their work will face delay because I’m ill. The more we all communicate our ability to fulfil our promises, the less chance of harm. (I’m still not perfect, obviously!)

A lot of guys can have a big pattern of poorly managing their time because they’ve always had some woman in their life doing this invisible work whom they completely take for granted. It’s my opinion that not taking responsibility for your calendar, commitments and communication systems within a group harms people. And lunching out has a cumulative effect on people that carry the workloads of groups, who are nearly always women.

I know not everyone has the intention of lunching out. They may be doing their absolute best to get something done but are struggling [most likely alone and unsupported] with an illness, mental health issue or long term pattern they are trying to change. Precarious housing, jobs, unexpected accidents etc. of course all happen.

A healthy group will communicate about their own limitations as individuals. Perhaps even flag up their behaviour patterns if needed and the support they need to get things done. I’m sure a lot of why I’m feeling so shit right now is because most of my adult life as an organiser, I’ve been continuously left holding huge weights on my own. It accumulates and weighs heavy as I ache for rest and respite.

So my questions for folk involved in collectives is to ask yourselves:

Anarchist men have given me hope and inspiration. They have made me feel safer in a fucked up world. They are some of my best friends and there are no other comrades I’d want at my side than you particular dudes. But we all have shit to learn, and I hope my recovery from burnout doesn’t just rest on support and emotional labour from my comrades that identify as women, femme or non-binary.

I hope to write about this topic more and explore it from different perspectives, even get some studies noted that have done some realtime research about these patterns. I’m excited about being part of the collective change that is happening in our struggles and lives for more radical honesty, emotional literacy and mutual aid. 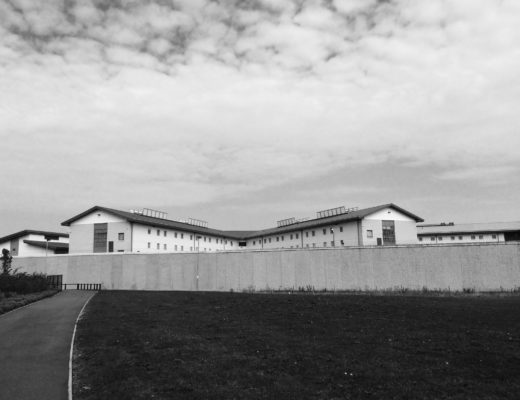 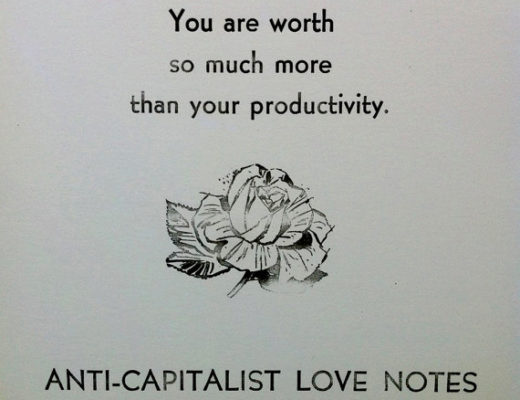 Overcoming Burnout, Part 11 – When the Clock is a Lock: Dismantling the Productivity Paradigm